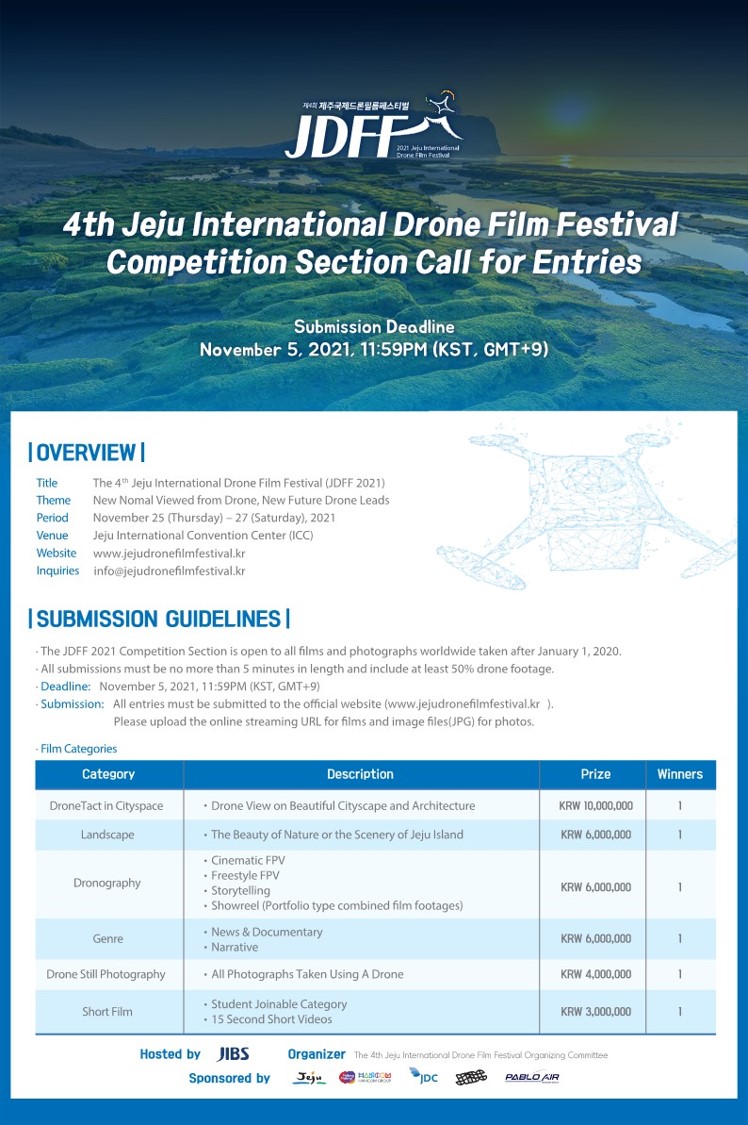 The Jeju International Drone Film Festival (JDFF), hosted by JIBS and supervised by the Jeju International Drone Film Festival Organizing Committee, is the first drone film festival in Korea. For works from all over the world, outstanding works are selected and awarded in each of six categories (DroneTact in Cityspace, Landscape, Dronography, Genre, Drone Still Photography, Short Film).

The video program will be screened at the Jeju International Convention Center (ICC JEJU) throughout the event period, and photographic works will also be displayed. In addition, through additional events such as drone talk and drone conference, we want to provide an opportunity to approach the point of contact between drones and video from various angles.

Jeju International Drone Film Festival intends to open up a forum in Jeju Island where drones can discuss the aesthetic, industrial, and socio-cultural possibilities that drones have brought and will bring in the production, distribution, and reception of video content.

There are amazing prize and awards that is ready for this festival. ONE (1) person from each category will be picked and awarded accordingly:

The prize winners will be individually contacted, and the Awards Ceremony will be held at International Convention Center JEJU.

*There may be changes depending on the situation*

The JDFF 2021 Competition Section is open to all films and photographs worldwide taken after 1st January 2020.

All submissions must be no more than FIVE (5) minutes in length and include minimum of 50% drone footage.

Online streaming URL for film and image file(JPG) for photographs.